Photography and videography are not new to the world of real estate business. They are an absolutely necessity for every single home that is ever sold. However, it is not uncommon to come across horrible listing photos taken with low quality cameras or cell phones on MLS (Multiple Listing Services). Our client set out on a journey to change that and replace those horrible photos with visual assets that help engage viewers whether that is for selling a home or for increasing social media presence.

Though scheduling photo shoots for selling a home sounds like a simple process, it isn’t that simple when one is trying to do something unique and exclusive with extremely high levels of professionalism.

The client needed help streamlining the work as much as possible for their customers and staff members (administrators, editors, and photographers).

They were using google calendars to schedule the shoots for their photographers. They needed an application that could enable them to keep all information related to a photoshoot in one place.

Instructions for the photo shoot, Invoices, Media history, Photographer’s pay breakdown, Client’s credit history, Photoshoot edit capabilities, Promotional/Referral credits for the sales team were just some of the features the client required in this app.

Database schema for photoshoot is an important asset that is connected to all other schemas. We thought through this thoroughly and had several strategy discussions with the client before finalizing this schema because this forms the foundation for future expansion of the application as the business grows.

We used stepper UI design for most UI components to provide a pleasant user experience. We carefully identified the components that were common for all interfaces, and ones used exclusively for certain user interfaces. Though the UI design was complex in the backend, for the end user, most functionality was achieved with a simple drag and drop.

We setup the project in basecamp, and built the application in multiple phases starting with MVP (Minimum Viable Product). We used MERN stack (MongoDB, Express JS, React JS, and Node JS) for development of web portal. For caching and storing the API data and to minimize API fetching, we used Redux. Separately, we used a full calendar library for data scheduling and ANT UI framework as the UI design framework. To develop a mobile app for photographers, we used Ionic framework with React as the front-end language and developed a hybrid app which enabled the mobile app to work on iOS, Android and Windows phones.

To address the needs of the client, we developed a web portal and a mobile app.

The web portal had logins for the client and all staff members involved in a photoshoot.

After a shoot is scheduled by the administrator, the photographer receives the address for the shoot, and client requirements via a ticket that is created in the photographer’s mobile app. Thereafter, photographers can update the information there as the shoot progresses to completion.

Additionally, there were integrations for web design, namely parallax, video player, react-simple light-box, carousel images, and much more to give a perfect effect for the website. 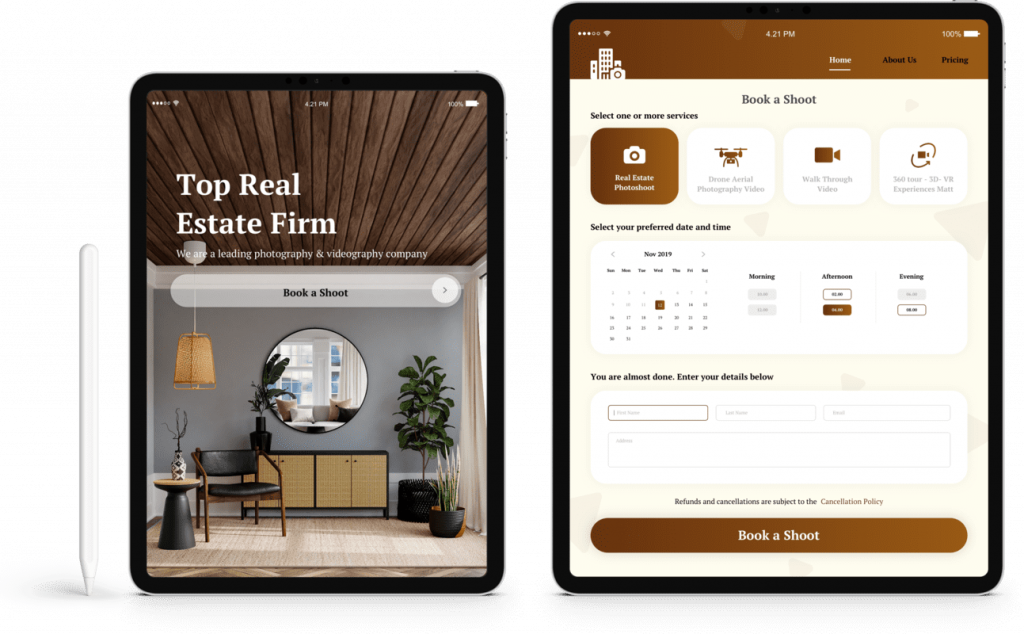 The solution we developed for the client enables them to handle all details of the photoshoot in one place – appointment scheduling, choosing photoshoot options, assigning photographer, managing photos, uploading for client access, and much more. 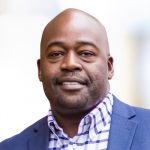 "We hired Asahi Tech to build our real estate customer management platform from scratch. Their responsiveness, hard work and ability to communicate proactively with our team has led to a strong partnership with our team."

If you’d like to discuss your business’s needs, we’d love to hear from you. Get in touch so we can learn more about how we can help.

LET'S HAVE A CONVERSATION